College Coaches:
Click to enter a new voyage in the SMUCKOs logbook.

The SMUKOs Trophy is awarded to the College that logs the most Student Miles Under the Keel Offshore in a season. The standings are updated monthly and the trophy will be awarded at the end of the school year.

View races that will qualify towards SMUCKOs. 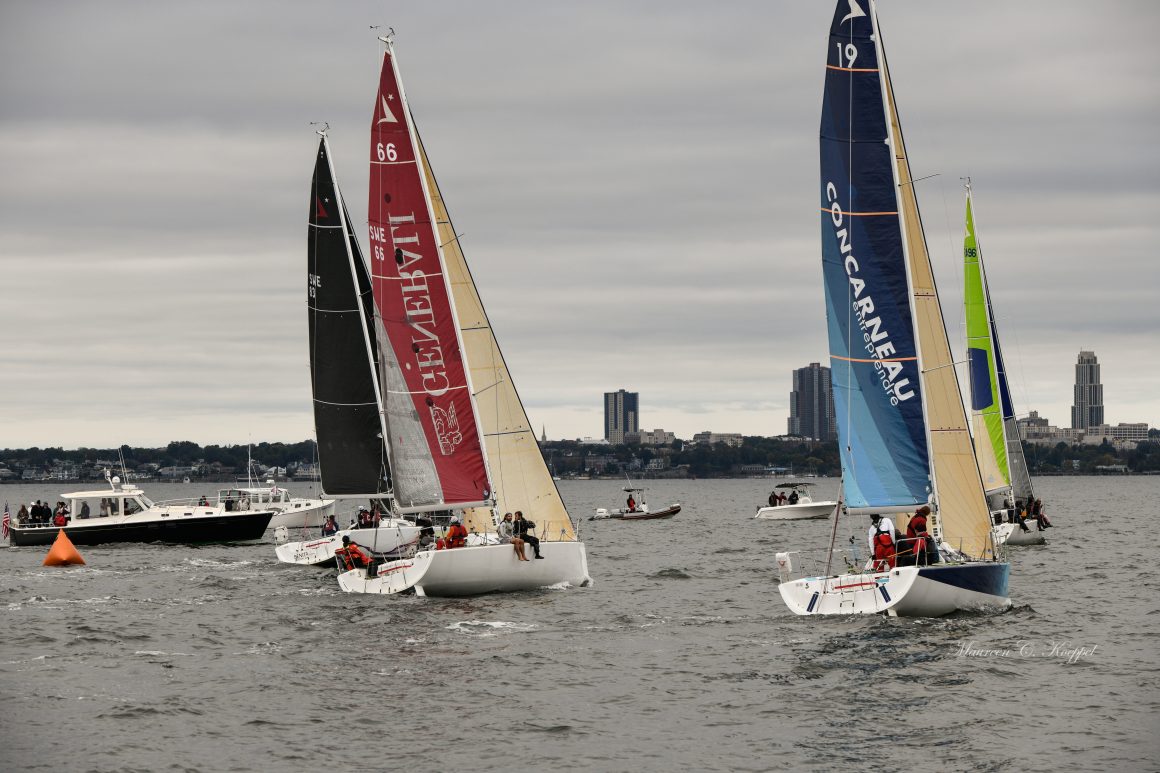 Four Figaro 2s raced in the Intercollegiate Offshore Regatta, hosted by Larchmont Yacht Club, and sponsored by the Storm Trysail Club, this past weekend October 12/13. The IOR is the biggest college regatta in the USA with nearly 50 teams competing and sending about 400 students.

This was the inaugural racing event for the Figaros and the IOR kindly accommodated our mission of training college sailors in offshore seamanship by organizing one distance race each day, instead of the multiple shorter races sailed by the regular keelboat fleet.

Webb Institute sent their two Figaros, SUNY sent its boat, and College of Charleston was invited to sail a Figaro just delivered to the NY area and they immediately accepted and flew up a team for the weekend.

Although the weekend had light winds, there was some close racing, and lead changes, and gaps opening with the puffs and closing just as rapidly. With the Figaro courses having 7 or 8 Government buoys as their marks, navigation and judging currents became important.

Webb’s boat Williwaw won the Figaro regatta with a 1st and 2nd, College of Charleston aboard Benita finished second with a 1st and 3rd, and Webb’s second boat Vicitan finished 3rd overall. SUNY sailed well, in fact taking the first start decisively, but later encountered a big wind hole which pushed them back. Congratulations to all for sailing a clean regatta and bringing the famous Figaros of France to US collegiate sailing.

With Storm Trysail Club as COSC’s partner, three of its members, Rich du Moulin, Ed Cesare, and Jonathan Asch, served as Safety Officers for the SUNY and College of Charleston teams. Thanks to Rich, Ed, and Jonathan for their service! And thanks to Stephen Cloutier for these photos. 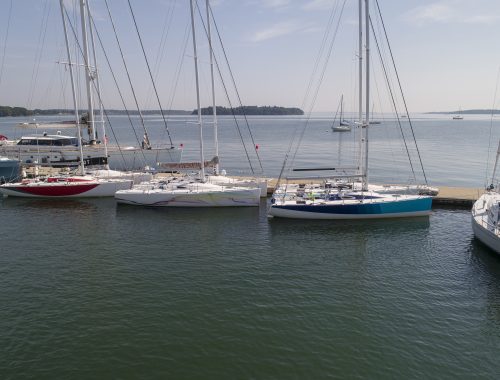 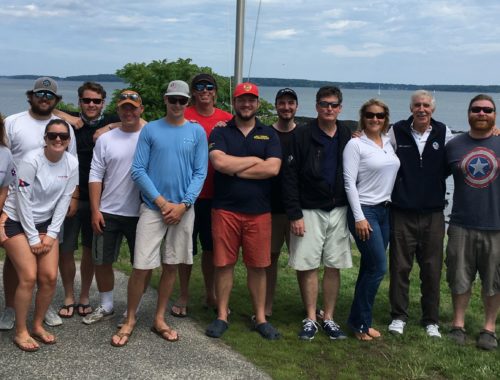 For annual expenses such as coaching, vessel maintenance and insurance, working capital, etc.